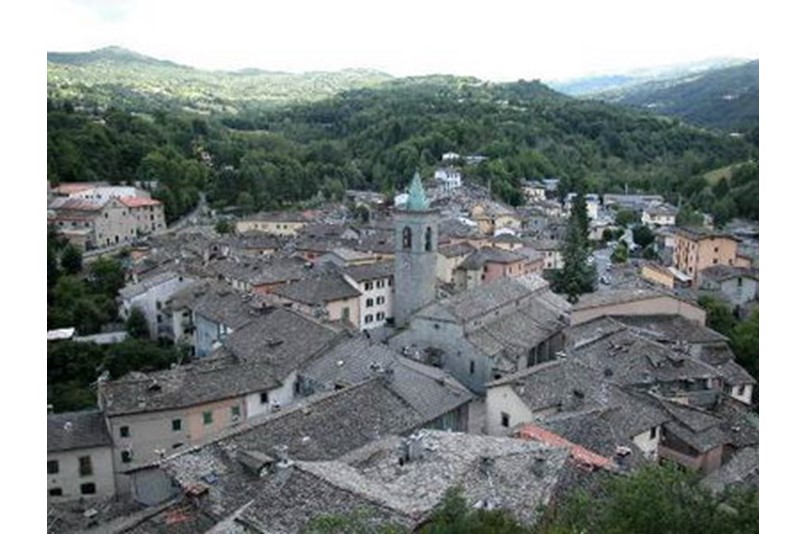 Fiumalbo is a perfect example of a medieval village, elected for his artistic and architectural charm "CITTA'D'ARTE". The territory of the commune has a remarkable variety morphological, with an altitude ranging from 800 to 2165 meters up Mount Cimone. The wealth of water ensures a lush nature, the forests of chestnut oak, beech, until grasslands. The interest of the surrounding resides both in its intrinsic beauty, is in the possibility of natural range from balconies to the Alps and the Tyrrhenian Sea. The name of the village, situated at a height of 970 meters, alluding to the waters of the two rivers that span. Its origins are very ancient: it is documented in his 1038 donation to the bishop of Modena by Bonifacio Tuscan father of Matilda of Tuscany. Fiumalbo has always had cultural and trade relations with Tuscany, which has remained track in dialect and surnames of many families fiumalbine. The old town still intact medieval architecture, it is the urban hub XIII century church of St. Bartholomew, heavily amended Corsican the centuries. Like other churches in Fiumalbo, has body. Equally important are the renaissance Oratory of S. Rocco, which stands at the gates of the country, the interior frescoes, and of the Oratorio di Santa Caterina, where there is to report the recent inauguration of the Museum of Sacred Art. Remember the picturesque huts Celtic with the typical structure of the roof "scale" in the village of Valdare. There are clearly visible traces of the passage of the Celts also Shower, at the foot of Mount Cimone. Tourist centre of ancient tradition, as early as 1932 boasted the presence of well over 4 hotels headquarters of the Italian Touring Club (the town then had about 2500 inhabitants). Old traditions and ancient crafts will perpetuate thanks to the artisans of our mountains.